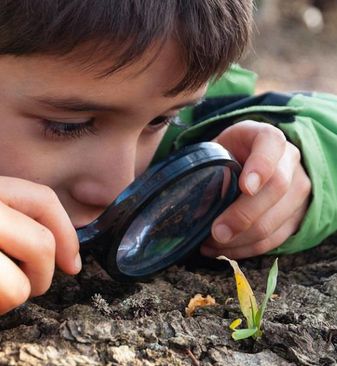 You might be inclined to think the definition of truth is pretty well settled. A lot of people believe that, and for a lot of those people, there's no need to even talk about what truth is. So I'm not writing this for those people. They have their minds made up, regardless of the truth. Isn't that funny?

If you never have, you should google 'what is truth' or 'define truth' and just peruse what comes back. It's pretty interesting how so many people have worked so hard to improve a way to describe truth. That says something about the difficulty of the exercise.

I've had my own struggles with the term. For most of my life the definition of truth was one I simply accepted, one that had been handed to me and presented as a complete and satisfactory explanation of the reality of truth. But as I grew, as my perspective developed, the stock answer I was raised on became less and less satisfying. There were holes in the fabric. There were failures in the coverage.

After literally decades of examination of the idea of truth, I finally was able to rest on a phrase that, for me, got to the core of the issue. That phrase is this: "Truth is self-evident." It is Self Evident.

I spent a lot of my life learning how to defend one perspective of 'truth'. I studied in a field that involved a discipline known as 'apologetics', which is the defense of religious doctrine by systematic argumentation. It comes from a Greek word for, "speaking in defense." I found this to be an interesting inconsistency. If something was true, it would be universally true. Anything that is less than universally true is known as 'subjective', which doesn't really work. A thing that is subjective may be described as 'true' for one person, but 'false' for another. In my mind, using the term 'true' for such a thing is an incorrect application of the term. There are many other good terms one can use to describe something that is subjectively 'true' like 'opinion' or 'belief' or 'theory' or 'supposition'.

Truth is self-evident. It requires no explanation, no defense. It only requires perception and honesty. It is what it is, and it is not anything else. It will be true to itself for everyone who experiences it.

I know I'm walking on thin ice here. There are some serious players in the fields of philosophy and religion who can run circles around me with great arguments and brilliant word-pictures. But I maintain that if they are describing something that is fundamentally true, they won't have to spend much time talking about it. Everyone who is capable of perceiving it will be in quick agreement.

Life and death are true. Light and darkness are true. Gravity is true. Love and hate are true. In a funny twist, subjectivism is true. And the ability of the human mind to create fantasy to ease the pain of facing the unknown is also clearly true.

You can deny truth, and you can get away with it. If you can get a majority of your peers to agree with you that your perspective is 'true', you can rule your section of your society. Human history is replete with examples of huge swaths of the human population being led astray by popular leaders who say what the masses want to hear.

So it is obvious, then, that just because the majority believe a thing to be true does not make it true. It must be Self-Evident. It must stand on its own, under the bright lights of examination by whomever should examine it, and in the end, stand. And no matter how many times it is examined, it stands. Of course dishonest examiners will propose examinations designed to support their subjective presuppositions. Those are refuted when the examination is examined. Refuted, not just rebutted. Truth has reproducible results. Where there is doubt under the clear bright light of open examination, truth is not known.

So, it follows, in my way of seeing things, that if truth is self-evident, then things that are not self-evident are not truth. Ideas that require extensive explanation and constant rhetorical support do not dwell in the domain of truth. They can be any number of other things, and they can have value to human-kind, but they cannot be called truth. Things like opinion, belief, mystery, magic, theory, proposition, feeling. These things are not bad things, but they are not truth. Don't be afraid of getting what good you can from these sorts of things, just be honest enough to refrain from the popular practice of attaching the truth label to them.

Truth is self-evident. All it takes is to know it is honesty and a willingness to perceive.