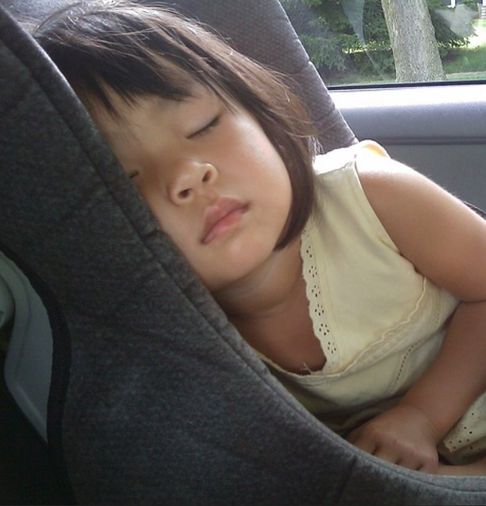 I don't think we will EVER get there. I've been sitting in this back seat for most of my life. Every time I ask the people in the front seat how much longer, they say stuff like, "About two minutes less than the last time you asked."

The day is eternal. The sun is warm on my bare arms and feet. Bugs sing in the trees and ants run around doing ant things on the dirt road beneath my toes. When I woke up this morning, which would be about forty hours ago I think, I had big plans. And the plans keep unfolding, one from the other like an endless napkin from the dinner table. Dinner. I wonder when that's going to be. Oh well, no problem. I got plenty of time.

If there's one problem with all this it is having to wait FOUR MORE YEARS to buy beer. How is that fair? Man, being a kid sucks. I can't wait to be twenty-one.

Man, my head feels like someone drove a truck over it. And I got class in five minutes. Dr. Marshall is going to give us one of those stupid pop quizzes, I just know it. I probably shouldn't have stayed up so late, or . . . well, I guess early might be the better term. Time sure flies when you're having fun, and holy crap what a time we were having last night!

If I ever get a whole nights sleep again it'll be a miracle. Those two kids were up and down all night. Runny noses, poopy diapers, need some water, hold me hold me, it just went on and on. My coffee is the only saving grace of the moment. I got to get out of here. Traffic is going to be a bear with the construction. A few hours in the salt mine, and I'll be back here to do it again.

My little girl has breasts. When did this happen? She just lost her two front teeth last week, wasn't it? So now there's going to be multiple sizes of bra in the wash? Great. I don't think I'm ever going to fold white clothes again.

And who the hell is this punk in the tuxedo standing at my front door grinning like the cat who just ate the canary? You want to take my daughter where? And bring her home tomorrow morning? Are you out of your mind? Am I out of my mind? We were just doing the bandaid on the knee thing by the fallen bicycle a couple of months ago. Now she's all dolled up like a cinderella princess getting in that kid's car. And I'm standing here trying not to fall apart in public.

What a day. Now I'm the punk standing in the tuxedo, handing her off. She's a beautiful woman. He's a lucky man. I'm a total wreck. This day is a carnival ride, and I think I'm going to be sick.

How many? Two? When? That's great news, sweetie! OK, talk to you later. I love you. Click. Sigh. Sniff.

My best friend gives me a hug. She's been my best friend for thirty years now. Thirty years! I didn't think human beings lived that long. But here we are, still kicking, and still kicking together. I know now why old people are always saying, "My, my! Where did the time go?" I don't know where it went either. But it's gone, that much is for sure.

I watch the ants. Ants driving cars. Ants buying things in vast quantities. Ants extending the mound, digging in the dirt, moving it around. Busy, busy, busy, always widening and increasing. Scurry, scurry. You're running out of time.

The sun is hot on my bare arms and feet. In the trees the bugs sing their happy monotonous tune. I'm trying to avoid stepping on the ants as I make my way across the sand in the backyard. I have about an hour before the sun sets. Sixty minutes. Thirty-six hundred seconds. They are evaporating before my eyes like the dew that is long gone off the grass. Now there are thirty-four hundred and twenty-seven.

My only real asset is now expended. My time has come. My time has gone. I wish for more, but there's no one who can give it to me. Some people believe in eternity, and I don't blame them. It's a sweet thought. A comforting thought. Maybe it's true. Time will tell.

Close your eyes, oh little one.
Tell the day goodbye.
Sleep in peace and happiness.
Time has come to die.